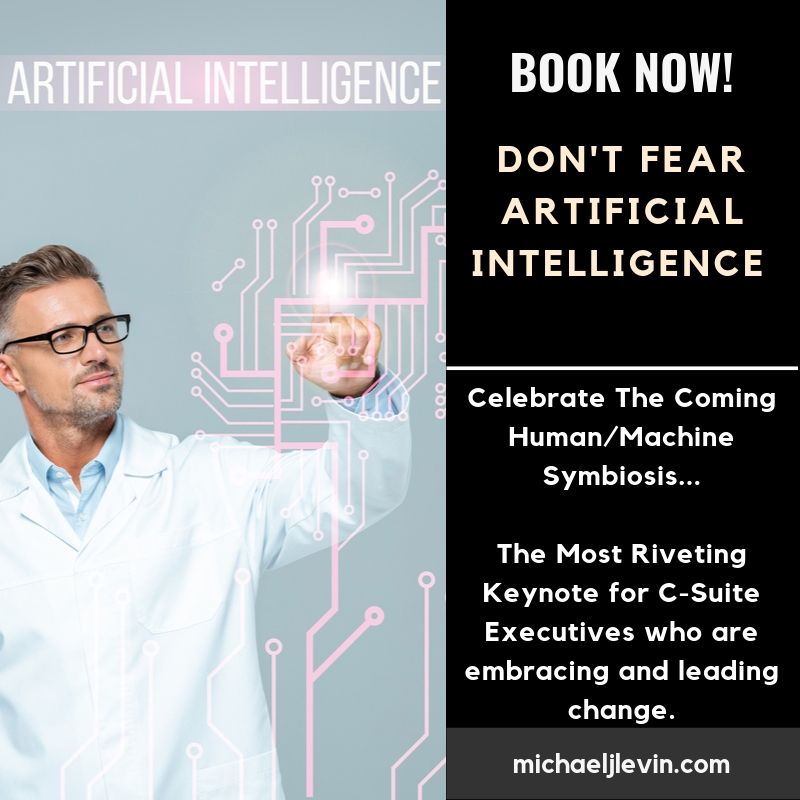 He said to me something pretty profound.  He was excited about AI.  He said “Look at the upside.  Even as an experienced Doctor, I have maybe 100 data points to make a diagnosis.  But with AI, I may have 1,000,000 data points.”

But he said “This will be tough for both the Doctor and the Patient.  For Doctors, we’re used to playing God.  We get to make that diagnosis.  Now we’re relinquishing that responsibility.  For our patients, they’re used to a person, not AI telling them what’s wrong with them.  It will make the patients uncomfortable.”

He told me he walked into an office of a Doctor friend of his.  There was a stethoscope on the desk.  He said “What do you have that for?  I haven’t used one in years.  His Doctor friend said “Because it makes them feel comfortable”.

AI, while providing tremendous opportunity and benefits, will also create significant discomfort, concern and trepidation throughout an organization.  Many employees will be fearful they’ll lose their job.  Change will be resisted.

The job of the Leader becomes challenging to try and prevent chaos.  How are you going to help your team and all those impacted (and potentially not impacted but fearful they will be) to be not only comfortable but embrace possible changes?

The place you start is where change, and more importantly, sustainable change occurs.  Communication.  Putting together a strategic communication plan, both collectively and individually is where you begin.

The problem is most companies, when creating change, start with process.  That’s when things go sideways.  Let me share a story with you to illustrate that example.  With my clients, the workshop participants work on self-selected significant initiatives in cross-functional teams.  One initiative team was working on a corporate restructuring.

This restructuring was going to be a positive change and create opportunities for those in the organization.  This team, however, started by working on the process.   As others recognized their mistake, they informed me and I was able to intercede.  I asked them, without effective communication, as soon as word got out about a corporate restructuring, what will be the first word that comes to mind for their teams?

And they immediately realized what that word was.  Layoffs.  They then recognized their error and they needed to start with communication first.

The same will happen with AI.  There will be fears.  There will be uncertainty.  One opportunity I foresee ties back to something I heard in a Tom Hopkins talk.  He talked about his father who was a bread driver.  His father told Tom that he had the opportunity to work using his neck up skill set.  He said as a bread driver he worked neck down.  Neck down he was limited as to what he could accomplish.  If you worked neck up what you could accomplish was limitless.

In my talk, we’ll discuss how AI can not only benefit your organization and the members of your team, but how to integrate it in a more seamless way so your people not only don’t feel threatened, they embrace it.

Michael is able to speak in all major cities in the USA and Internationally. This includes but is not limited to him speaking in: